Get Your Hands on the Very Best Diesel Generator Set

Using industrial emergency generators guarantees that electricity will always be available to essential industries. Hence, the best diesel generators are the industry standard. These generators are used extensively as autonomous and emergency units for power poles, construction sites, factories, hospitals, schools, watercraft, and other commercial and industrial applications.

They are the preferred technology since they are readily available, can be started up quickly, are sold at reasonable prices, and fuel is readily available. Meanwhile, it is anticipated that the worldwide market for the best diesel generators will expand at a compound annual growth rate (CAGR) of 5.5% from its current value of $17.92 billion in 2022 to $26.09 billion in 2029.

The incredible global development in the commercial and industrial sectors has led to a rise in the need for electricity that is not interrupted. Concerning that, the best diesel generator (DG) technology is a tried-and-true way of generating electricity by using crude oil; it is intended to meet emergency power requirements. The product is used extensively for delivering electricity by transforming the chemical energy of diesel fuel by utilizing various equipment, including an AC alternator, control panel, radiator, fuel tank, engine, and more. 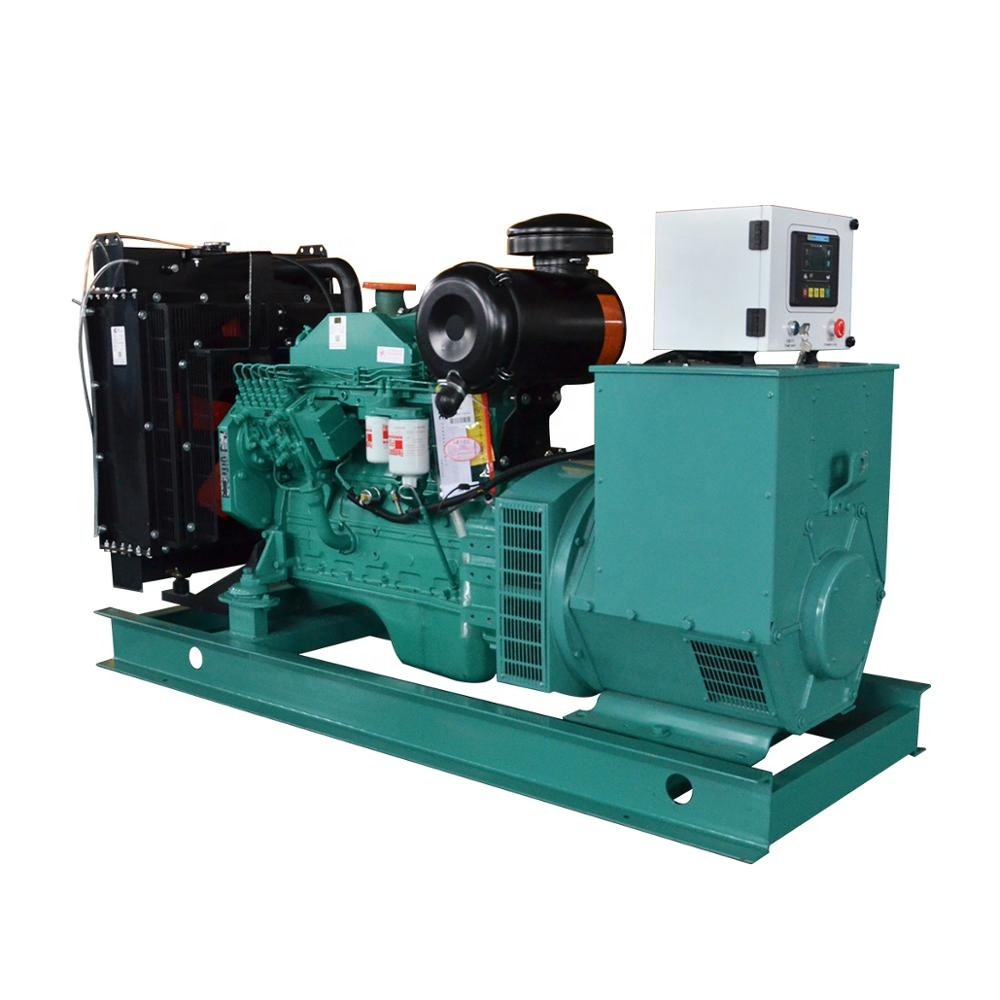 What Diesel Engine Sets Deliver To Us?

Here is what diesel engine sets provide to us:

Convenience in Its Upkeep

It is common knowledge that the best diesel generators need a lower level of maintenance than other generators on the market. Because the generator's engine has fewer parts to start, you won't have to think about replacing spark plugs or carburetors as you'd have with a gasoline engine.

When selecting a generator, one must carefully consider the fuel availability question. When completing the same amount of effort, the best diesel generators often use less fuel than gasoline generators, even though the price of diesel may be somewhat higher than that of other fuel sources. It indicates that you will have a reduced need to fill up at regular intervals.

Diesel engines are known for their remarkable workplace resilience, enabling them to withstand a significant amount of wear and tear in a wide range of environments.

Compared to other forms of fuel, such as gasoline, which is highly combustible and could quickly start a fire if it were to spill, diesel fuel is far less hazardous to store. Diesel is still flammable, although it poses a far lower danger of igniting than gasoline. Also, it has a longer life span than gasoline, which means that the fuel you acquire from your stored supply will be of higher quality.

If you do encounter a power outage, the best diesel generator that has been properly maintained may prove to be quite dependable and keep your essential power systems operating for extended periods. Because of this, the amount of time your facility is without power will be reduced to a minimum, preventing severe financial losses while waiting for the electricity to be restored.

Compared to the many other kinds of generators available, the best diesel generators are superior in terms of their capacity to manage greater power loads and their ability to operate continuously for longer periods. Because of this, they appear to be an excellent option for locations that are geographically dispersed and have intermittent access to the power grid.

Where Do You Use A Diesel Engine Set?

For use in maritime applications, many diesel engines were acquired. The diesel engines, on the other hand, often spun faster than was optimal for the propellers of big ships. The reason is that the high speeds of the enormous propellers tended to generate hollowed-out patches within the water surrounding the propeller, which resulted in a loss of thrust.

However, the issue did not arise when smaller propellers were used, and diesel engines were particularly well-suited for yachts, which are often designed with a focus on speed.

A solution was found using a diesel-electric arrangement, in which the engines were linked to direct-current generators that supplied the power to operate an electric motor attached to the ship's propeller. There were also many systems in which the diesel was linked directly to the propeller or connected to the propeller via gears. When higher horsepower rating and slower pace rotation diesel engines were available, they were used in cargo and passenger ships almost immediately.

During World War II, diesel engines quickly replaced gasoline-powered ones as the primary source of propulsion for military vehicles on land and at sea. Since then, it has been included in various high-powered agricultural tractors, heavy-duty construction equipment, and most big vehicles and buses. Diesel engines have also been placed in hospitals, telecommunication systems, airports, and other establishments to provide emergency power if the electrical power supply fails. In addition, there is some evidence that they have been used in autos on a very small scale. 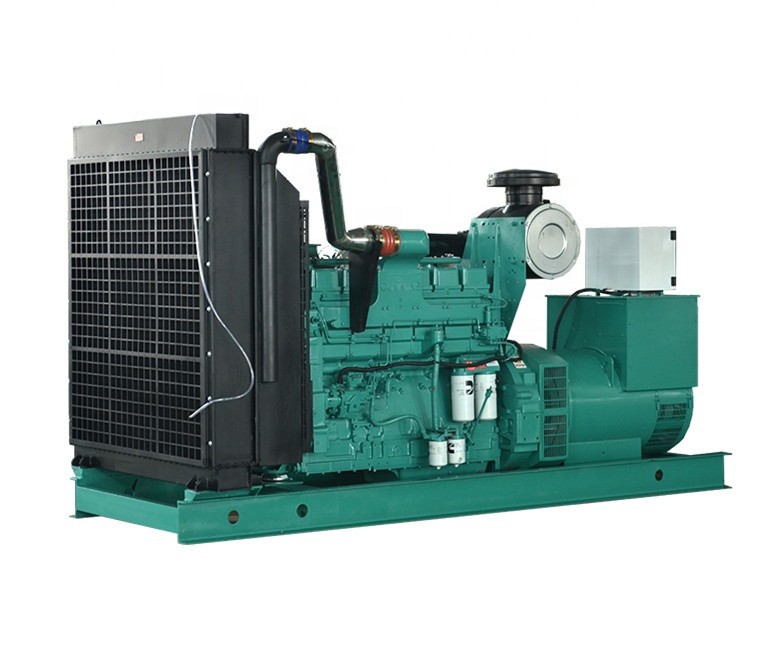 How to Pick the Best Diesel Generator Set for Your Needs?

When searching for the best diesel generators, here are a few key factors you should keep in mind:

Even if you are beginning with a single unit, it is still a good idea to inquire with the equipment manufacturer about the steps that can be carried out to parallel a single diesel generator with additional generators to build up a modular power plant.

For example, does this feature come pre-installed on the generator in its default configuration? In addition, how long does it take to couple two different units? This procedure can be completed in less than ten minutes with numerous generators. However, not all of them have this capability.

Plug-and-play generators can dynamically adjust their output in response to the fluctuating power demands of the location where they are installed when a network of controllers controls them. During times of low demand, one or two of them may be active, resulting in a significant increase in fuel economy. Similarly, each unit can become operational during times of high demand.

Modular capacity confers many additional advantages. To begin, the reliability of the equipment is improved since the power loss caused by the failure of a single unit is lessened thanks to the configuration of the other units, causing them to raise their output while keeping the same level of power output. Second, since it isn't necessary to halt the whole power distribution during critical repair operations, there is a reduction in the cost and the duration of the required service intervals.

A wide range of functions has to be available on the perfect control system. E.g., the capability to start and configure the machine remotely, the display of alerts (low fuel and other performance difficulties), and the delivery of a wide variety of analytical data. It contributes to more effective use of the power plant's efficiency while offering a helpful perspective of the application process.

A power Management System (PMS) is currently standard on many generators. The plug-and-play architecture, enabling effortless and speedy setup, makes them particularly well suited for rental applications. PMS allows users to optimize generators' fuel usage and performance following load demand. It is accomplished by starting and stopping units with an expanded or reduced load. It also protects generator engines from low-load damage, extending their useful life.

Dimensions of the Body and Methods of Transport

It is important to check for characteristics such as lifting eyes and forklift slots on the unit and assess whether the unit can be hauled or loaded into a vehicle. When employing numerous generators, it is important to consider whether the generators can be layered on top of each other to reduce the amount of space they take up and make them easier to reach. These considerations have an impact on the overall operating expense and the measures taken to lower carbon costs.

Pre: What are the installation methods of rental diesel generator sets
Next: BUYING GUIDE FOR DIESEL GENERATOR SETS